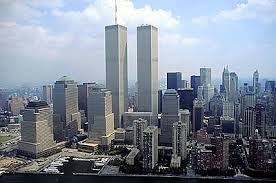 A Journey to say Good Bye – Ground Zero, New York City. My visit was ending, and I put this off to the end- on purpose. It was going to be a very difficult day for me. I was a regular in the Towers, doing paperwork for my boss,  – and always going to the shopping basement. I was there, when ‘they’, tried the first time to take down the towers with a bomb in the basement.

People died that day – and when  ‘they’ said, they were coming back … I remember, debating with my co workers about this – and how, America needs to close the doors … I was called a racist, by some of the people, who had no idea about  these extremists. They unfortunately, learned this with their lives, perishing in the Towers.

One of the amazing things about Wall street crowd, is how close knit the people are.. cousins, uncles, brothers, fathers, all cross over to other areas, but all connected. Notice, I did not mention women, for when I worked on the NYSE, women were far and few, and if you did not have some family tie, it would be almost impossible for you to get there. You must be tough to live and work in NYC, even the subway ads, remind you ! 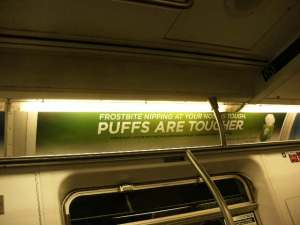 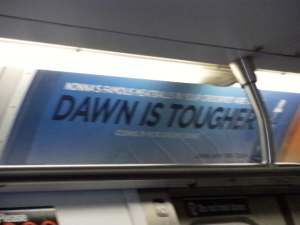 My grandmother always said ‘God loves the simple & stupid’… so I think, this is what got me in the door !  Working on Wall St. with endless business dinners & bar meetings were par for the course, so I had to play along with the other boys. So after a few years, you kept seeing the same faces, again & again. I especially looked for other women.. just so I can compare notes, of what I should do, to improve myself in this male dominated business.

The loss of the Trade Towers hit me hard – loss of friends, and old co workers, still bring tears to my eyes after all these years (and now, as I write this) . How strange this experience was, I was walking the same streets that I did, so many times before, but everything changed; buildings, businesses and new strange objects appeared everywhere now.

Walking back to the NYSE, I noticed that they installed military road bocks- concrete barriers were double in number now.

I noticed a guard, watching me- with my camera- so I decided to approach him and calm his concerns. . ‘Hello, I use to work here, and now see more terrorist barriers, did they close the visiting gallery for good?’  The guard, hearing my American accent, and realizing that I had intimate familiarity with the building told me ‘ yes, they closed that down for good’.. I asked, ‘so where can I buy some gifts for my friends, with the NYSE on it ? Did they close the gift store too?’  The guard, now moved closer to speak to me, ‘ Yes, they closed that down too, in case someone wanted to use the logo , or the clothing for something else’ .

I understood the real meaning.. its like a unspoken language now, with so many people affected by the attack, the once open arms, of many businesses, have closed these arms- for protection, against Them. I thanked him, and wished him God Blessings –

Continuing down Broad street – I habitually looked for the Towers, for they were my first ‘markers’. As you move around, like I do, you look for land markers, to compass  yourself and your surroundings ( this was before google maps on smartphones) . I still do this, because the smartphones eat up batteries, like a fat man at a free buffet – no stopping him. I turned onto Broadway St, now  following  the crowd, listening to the young people excited to be there, and not understanding the horror of that day – how people went to work in the morning to pay bills.

A few hours later, some would be on fire, burning to death, and opting to  jump to their deaths instead of burning alive. I slowed down my pace, for I did not want to hear the teenage chatter. this was a memorial walk for me .

You come to the black fountains first – and this was very respectively done. The names engraved on the top, and water falling deep, down into the earth, where the spirits left this earth. Some of the bodies were never found, the fire was so intense, it turned them into ashes. This fountain water, falling into the square holes,  to echo the square of the Towers. The water sounded like millions of tears falling, splashing with all the tears – to descend in to the empty hole.

The line was long to get into the memorial building. I stood with strangers, thinking of the old buildings that survived that Attack. God was there- for my old church – St Pauls’ survived- which was a miracle !!

When you look around, you can still see some of the permanent damage that heat & fire did. Some buildings were declared unsafe – and had to be torn down, so now, the area is a mix of old building and new ones . 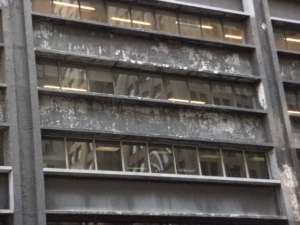 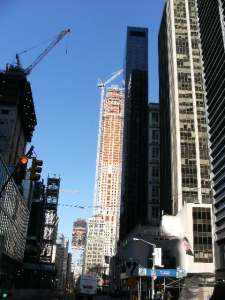 Walking in the door, you hear over head the verbal accounts of the attack, from eye witness, to news reports, and people trying to call their missing loved ones. You hear the horror, and terror in some of the voices, in others the surreal effects creatinga a confusion that later changed to sorrow. (pictures were not allowed inside- sorry for the poor quality)

All of the voices and pictures pulled me back in time.  I tried to put on a tough face, but it only lasted 5 minutes;  I was there, back in time, again, reliving the events.  News of the Towers falling, trying to call friends and loved ones.. the phones lines not working. Panic set in; Horror – watching the TV and my landmark falling.

What evil power was at work ? was it and accident ? the second plane proved it was not an accident .. who were these bastards ?   – doing this to our country, In my heart – this was an Act of War – nothing less!  My tears now, fell constantly – most people in the memorial recognized the signs. I was one of the people who were scared by this day. The guards let me be alone with my ghosts. Children who were having fun- saw me, and stopped yelling and laughing- while their parents whispered to them to be quiet. They were seeing, maybe the for the first time- the pain of this Attack, in person.

I passed the deepest part of the Towers, where one piece of steel stood. Looking tall and strong, built to withstand many things, except the evils ones. 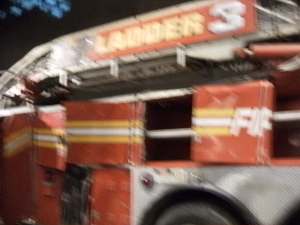 I passed the melted fire truck – which showed the Hell the police and firefighters had to work in. 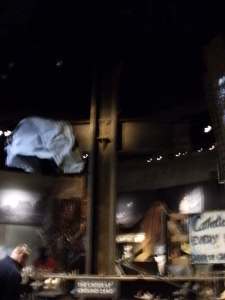 I passed the ‘ CROSS’, I remember seeing this, outside , at Ground Zero – it a sacred  item that was created on that day, by Faith – it was not made by man .

Then I came to the photo room – no photography, were strictly enforced here –  the walls had pictures, showing all the victims in acts of daily life, smiling, at dinner, enjoying life.. Then I started to see faces of people I knew .. my heart sank deep into my soul .. (changing the names out of respect for the families )

I saw Diane – dressed in her navy suit – always with perfect blonde hair, and perfect makeup – smiling at her work desk.  I knew she was going to be married soon, she was not a die hard Broker, like me. Laura – in the office, caught off guard, holding files, which needed to go back in side the filing cabinets. Her black hair a little messed up, very little makeup. Working to support herself and her baby. Don- my old Boss – who was losing hair, and needed sleep, but worried too much about the days trades & always ended the day, with a beer with the boys. Talked all the time, about what he planned to do, when he retired. (Fishing & more Fishing) Patrick – my tall Irish friend, who once asked me out on a date, and I said no, because he was too tall. He was amused by my answer – I told him, if I dated him, I would have to wear high heels all the time, otherwise, I would only reach his arm pit, and I don’t want to smell his armpits… he thought this “was the best rejection he every had” – for it was so honest- it was funny because he never thought about it, from a short girls perspective. We still remained friends because of the Irish link, due to my Auntie- being 100% Irish. I said a silent prayer to them – telling them, I did not forget them – and wished them God’s peace . It was especially hard on the Catholic families, because, they never recovered some bodies, and therefore could not get a proper funeral – it was very sad.

As I walked out- I spoke to a lady guard , who saw me ( red puffy eyes, , tears not stopping) and she knew, I was connected to the Towers. I told her my little story, and also shared my concern that America did not declare this day, a national day for Mourning.

Also, that this current generation does not understand –  how these spineless bast.. ds attack – they kill innocents, then hide in the dark – like cockroaches – when the lights are turned on. Some kind of solution must be found- otherwise, this can happen again, and we know, ‘they’ are trying. The young people seem more interested in playing on their smart phones, then how to protect their country .. and not even understanding , that if the military fails – then the country will fall into the hands of the evils ones. Most people declare they have ‘rights’, but are clueless, that “rights” are not world wide,.and how the evil ones think – cutting off heads – is a good solution., no trail, no lawyer – just beheaded. 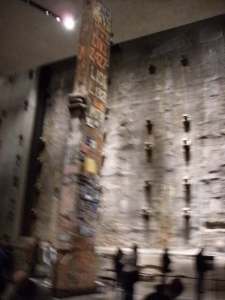 The guard and I both agreed on this and other topics. As we spoke, a group of 8 & 10 year olds, passed us on a school trip ( from another state) . I looked at the young faces – they looked at the items, but still did not understand the full impact of them. This is the fault of the parents – not explaining the history, to the child. If a solution is not found in my life time – I wish them God’s Blessings – and hope St.Michael will help them – kick some ass !! 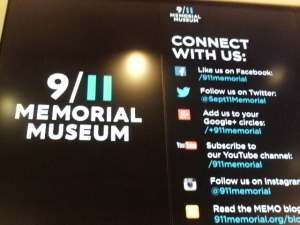 As the saying goes ‘ Those who forget the past – are DOOMED to repeat it’ .