I am back in France, after 2 months of being back in South Carolina. It was a wonderful break from all the junk that I have been watching, hearing and reading, in France.

My first and biggest complaint is how strange it is, to see EVERY NIGHT, the American Election, The Outcome, and Talk shows about President Trump. Why does the EU – THINK, they know my country and our issues. They do NOT. 90% of the news in France is pure propaganda, full of some “Arm Chair Expert’s” opinions, never based in facts.

This constant false news, has created a huge amount of people, who “think”, they know my country, and then after learning I am American, open their mouths – and speak this junk to me.

In the beginning, I thought, it was just one person – who was confused. After seeing, night after night, this blatant false news being told to the people – it now pisses me off.

Also another issue- to be aware of

– for some reason- this has not been fixed ,.. When an American, creates a child out of the country (excluding military people- cause they are not tourists or escaping the law) – they have the right to give that child, an American citizenship. So this means, any one, who is out of our country, can offer “their citizenship” to any child. This also creates a group of people,- who NEVER contribute to the USA, in tax money, or lived in, the right to VOTE !! And these people have NO idea, how our country works, or the common issues. This must be stopped!!


So why does France spend so much time on American politics, and not spend their time on French news issues? Like the huge increase of crime due to the migrants and the Romanians? How will France solve all the illegals that are in France? And how the French AGAIN, lack backbone, in solving problems, and thinking, giving money will solve the problem – typical liberal approach, which always fails.
(see News – Independent, UK – by, May Bulman, Nov 25, 2016)

Why don’t they talk about the high unemployment? Now over 10.5 % and increasing (source – (Sources include: Eurostat, Bureau of Labor Statistics). 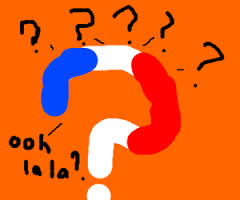 How France is the 3rd largest debtor in the EU? (Which I covered in another article)

How the Govt. is trying to increase the retirement age to 65, (current its 62), due to the lack of funds from taxpayers to fund the retirees. (thus unemployment ties into this)

Why do the French feel, they “know”, the American culture, when in fact, they do not.

I can no longer deal,with these “non americans”, who want to discuss my country. Just tonight – as I write this – a 3 HOUR talk show is on the TV, about the possible outcome of President Trump’s views. And of course – THERE IS NO AMERICAN ON THE TALK SHOW !! 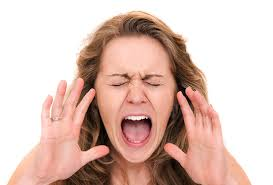 So unless you have endless patience (which I do not), or you are a teacher by nature (which I am not). I advise all my fellow Real Americans, NOT to talk about politics with these wanna-be – it will only raise your blood pressure – and give you a headache. It’s not if you liked Hillary or Donald – that is not the issue, the issue, is these fakes – think – they know my country – and they are clueless!! I now have learned to try and identity the fakes – and not discuss my country with them .. EVER !!