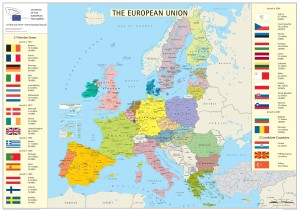 It was bound to happen, as the EU became bigger – the logic would follow- that crime rates would go higher too. France is not sharing the truth of what its problems are.

Weak French police and government policy is nothing new to Americans. I am still astonished the French government fell within one month after THEY declared war on Hitler !! What a stupid move, to pick a fight – and NOT know your enemy’s strengths & weakness. Who does this ?? The answer is ‘ dead people’ . Even dogs know this simple rule – don’t pick a fight with a bigger dog ..

So now, here we are 2014, in beautiful Paris – the news reports constantly provide a false reports to the public – stating that crime in America is higher, compared to France. How America is a violent country and France is more civilized. Get your boots on, when you hear this propaganda! Don’t believe one word of this false news, just put it where it belongs, under a puppy, or birdcage to catch droppings.

In a simple poll I took, the 15 people I am in daily contact with ( from co-workers, to classmates, to employees at my town hall) Out of 15 people, 13 have been a victims of assaults from the Romanians. (That is 85% !, a very high real number) NOW – keep in mind – only half of the victims reported the crime to the police. Some did not have any monetary loss, some did not want to spend time filling out forms.. but the bottom line – crime in Paris is 43% higher than reported !! A HUGE number, that is NOT released to the public due to the French government does not want to scare the tourist dollars away. 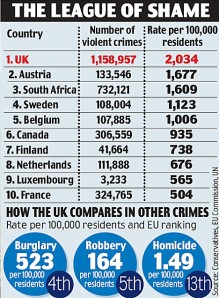 Here is another false poll that was issued, stating that France has a low crime rate …DO NOT BELIEVE THIS KIND OF JUNK REPORTING.

Why isn’t this number release to the public ?? I can only guess for a couple of reasons;
1- tourist money –if the real crime number is released , Paris will lose millions of tourist money
2- the French will lose their sense of superiority over Americans, when the real crime numbers are released
3- the public may demand the police & politicians solve the problem ( which means ‘work’, which is a dirty word around here)

How did this start ? Due to France, being a member of the European Union, the rules allows, free movement of all citizens of the EU public. This sounds great, when you are a tourist, you can go from one country to another without customs lines. It also sounds great when you are a criminal, for now, your target victims, has just multiplied by 5 times. 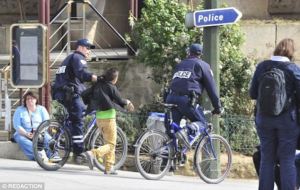 Now, as with most Nations who think, having no boarders is a great policy – get ready for the ‘ undesirables .France has been overwhelmed by the Romanians Gypsies. They are a professional group of families of lazy people, who trains their children to rob and assault people. The difference is they are using their children to rob – knowing the French law forbids jailing children who commit crimes. So the parents encourage the children to rob and steal , while the non working parents wait in the motor homes for the windfall. 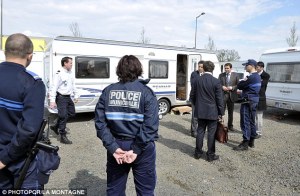 These mobile homes are usually parked illegally, and they hot wire the light poles to direct electricity to the mobiles , so they can cook and watch TV. The children do not attend school – as per French law requires. Since no one speaks French – its unlikely a legal job will be obtained by anyone in this ‘ Den of Thieves‘. You would think, since they are illegally parked, it would be easy to evict them ..well the police do not want to do this , for some unknown reason.

The French police are scared to challenge them ( face to face), and so the French’s inability to commit to protection of public, is a real failure on many levels, in culture , law and society. At the very least, – they are not doing their jobs – and not enforcing the rules of residence nor, of education for the children, per the law ( which I was required to learn as part of my Visa to live here)

What do these people look like ? – in one word – “Dirty”. Sad to say, but true, most of the time the hair is so greasy, its shinny. They try to dress to blend in to the crowd – but its impossible for them to pull off this feat. My eyes now, can spot them in a crowd.. the sneakers are dirty and worn. The clothes do not match –and we are not talking about ‘ ‘Designer – kind – of mismatch’, we are talking about – dressing like you are Drunk & Blind after an all night bender!!

These Romanians invaded France 3 years ago, from my informant- and its been hell since they arrived. They have found the French to be so passive with their criminal behavior – and allowing them to do what they want. This allowance has gotten France in trouble before- which makes me wonder why, their history books are not teaching the public anything. ‘Problems don’t go away on their own’ , they have to be solved. The French should have learned this very important lesson with Hitler. But as the saying goes ( if you do not learn from history- you are bound to repeat the lessons), so now you have some background information, that will NOT be published in France.

So now let us set the stage for this next drama that will unfold.

5 thoughts on “PARIS CRIME RATES HIGHER DUE TO ROMIANINS”