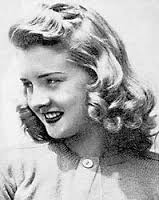 In the month of July- some unexpected news arrived from the South of France. A 3rd cousin died, and she left all her assets to her favorite relative. She( we will name her Jean), never married, and never had children. Both of Jean’s parents passed on, and her sisters died before her.  This was an unexpected Blessing- for I was getting cabin fever with my broken foot, and needed something new.

We arrived in Serignan &  can you say HOT. Now – understand, I am from South Carolina, so I am used to heat, but we use a device called “air conditioning”, and this is not common here. So this little house, was a hot house, I opened all the windows to catch the breeze – but even that did not give any relief because the air was hot and heavy with humidity.

I spent most of the hot sun filled afternoons inside the home, cleaning up, and throwing out broken and cracked dishes and glasses.( Jean kept EVERYTHING) Old toothpick holders- burned pans, stained linens, empty perfume bottles-that can’t be refilled. There were chipped vases, chipped nic-nacks everywhere.. I had the radio on – my dogs were inside with me, with the old fashion fan blowing on all of us. All I needed was “pin- curls” and I was back in the 1930s!  I reorganize the kitchen, and streamlined it- to maximum space,(NYC skill).

The neighbors stopped by to express symphony on Jean’s passing, but her illness was common news.I loved how, this old tradition is still practiced now.

I was raised on the “Drop By”, due to my Italian Grandmother’s rules- on Sunday – always have fresh coffee ready, and some kind of “coffee treat” at the ready – and the “Sunday china” needs to be washed and ready.

I was feeling pretty good – I saw a future full of being a French snowbird –and having Christmases here.. where winters are milder –and walking to the huge historical church for Midnight mass, would be a nice change of pace – slower than the tourist & crime filled Paris.

Due to the passage of time, most villages have split into 2 parts- ancient and new. The cool architecture and

historical sites are in the ancient parts of the city – in the new sections- are the new homes, with room for garages and gardens. Jean’s home

was in the ancient part- which I loved. As I walked around, I noticed how small the doors

were and the lack of space. One house, was attached to another by a shared wall.

When they built these home, they used old methods, so the walls are 18-24 inches thick – no worries about hearing some arguments or knocking boots.

One of the biggest differences between Paris and the South is COLOR! In Paris – (I heard it’s a law), you are not allowed to paint your home in colors, only stone, beige or grey are allowed. In the South – its all about color, here

yellows and purples are displayed in pride. The red is bold like a Chanel lipstick, the Yellows are bright like the sunshine.

The purples reminding everyone of the lush lavender fields that are common here. The blues are deep and cool- like the Mediterranean  Sea.

Flowers are everywhere, like a candy treat for the tired eyes. Spilling out of window boxes, doorway planters- or hanging from official towns posts. 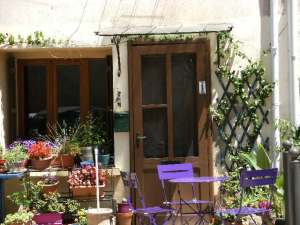 In the evening, due to it being so hot during the day – most people will eat their dinners outside- anywhere. Where we stayed – most people had access to dead end streets, and in the evening, this became mini dinners- each home had a different table color, different meal- various aromas filled the still night air. The air hung with cigarettes smoke and tasty dill herb fish, or a pesto pasta, or a traditional quiche. All of the tables displaced a light dinner, with a salad and 2 bottles – one of water, one of wine.

I liked it here, the sunshine chased away my Paris blues, with its daily dose of sunshine, and salt air.

Due to my skin disease, rosacea, I no longer can enjoy the beach in high sun, so early in the morning we hit the beach 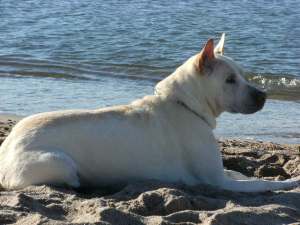 its cool salt water was refreshing to me – it reminded me, of another salt water that I miss, called Atlantic ocean.It was a wonderful morning – where dogs ARE welcomed on the beach!! ( one thing I love about the French – is their acceptance of dogs). Once it got near 11 AM; it was time to go, back into sun shelter- some call it home.

Now- here come the ugly part – why Socialism is horrible – for how they treat a childless woman.

The law required the ‘lucky ‘relative to appear before a Notarie-which is a French Court official. To sign papers ( the French love redtape !) 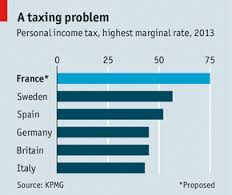 Upon arriving, the Notaire gave us, some papers ,which were a listing of all assets that Jean left to Cousin Lucky.  This starts the” title” changing – into Lucky’s name.  She lived a  “comfortable” lifestyle. The home she lived in, had no debt- which she inherited from her parents. She lived in the village, and did not need a car. Jean worked a modest job for many years, and lived on her pension, and the bank account – her parents left her. For some reason,she never felt any need to travel, or explore.. which is very sad – she should have spent the money ..

So far so good, you say – well- that is where it ends, upon meeting the Notaire, she informed us – that -60% of all the assets were being taken by the French government – WHAT !!  yep !! In Social Govt. France, if a woman dies barren – they basically “ rape her assets” .. its beyond horrible and an outrage !!

The French government is taking over 400,000 euros in taxes – leaving 3,000 euros for Lucky and the house. This creates a small issue, because Jean, never updated anything, even the wall paper is over 40 years old, and I was counting on some of that cash to cover the cost of paying someone to remove it, and just paint the walls a cream color.

The kitchen needs to be restored, since Jean did not feel it necessary to do this, since she lived alone. This old kitchen and the old wallpaper and the old floors all need to be lifted – into something brighter and cleaner looking.  All my ideas were killed in that meeting. I voiced my anger at this robbery and the Notaire agreed, and expressed that Jean should have transferred some of the assets before she died- to avoid this. 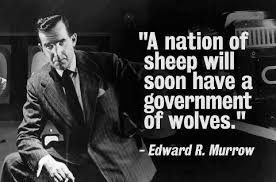 It’s a sad state- when Jean’s parent and Jean both worked and lived a modest lifestyle – only for the French government to take all of this money. Over 75 years of savings – GONE.

I remember when I was consulting a client, who had 2 children- both were always fighting with each other – one was a saver, one was a spender. Mrs Brown asked me – how can she leave money – and know that her children will not fight over it, after she is gone ..my advice was simple and shocking to her .. “ Mrs. Brown, they WILL fight over any money you leave behind – my advice – go on a lot of vacations – spend it all on paper- and only give cash gifts” … holds true in France too !