It was bound to happen- the odds were there – and unlike the French who practice “sick head in sand” – I practice “ it is , what it is ..” 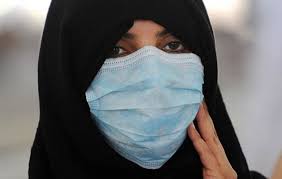 On the bus today – going to Gare L’Est – there was a muslin woman wearing a surgical mask, on the bus. Keep in mind – it is AGAINST THE LAW HERE TO COVER YOUR FACE IN FRANCE!! The logic is simple – you need to identify the person in case of a crime. 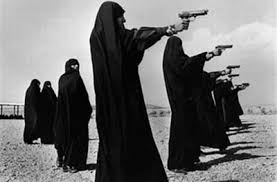 And I had a gut feeling, she was doing this, to circumvent the French law. So as she sat next me, I told her in French ‘this (pointing to the mask) is not allowed in France. ‘Muslim lady (we will call her Enslaved), responded – saying in English she did not understand me ‘.

I then repeated it in English to her. Enslaved said ‘she has been sick, and her doctor gave her a note, but she thanked me; for my comments (?) ( if there was a cop – i would have challenged the ‘note’ bull )Enslaved thought it would end there .. WRONG .. because she said that last sentence with sarcasm .. so I responded – with equal force ..” Good, I just want you to know, the law here, does not allow that, we ( women)  have been free for over 1,OOO years ‘.(even in Medieval, the lady did not have to cover the face !) 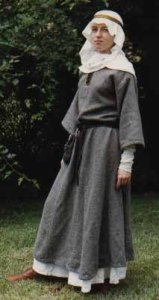 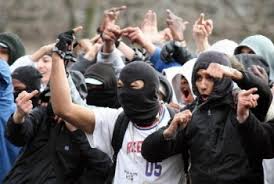 .. I responded “where is the logic ? the men can wear American Levi jeans, American Nike sneakers, and American baseball caps – and you have to wear a sheet !”

She could not respond to the logic question, instead, as all people – who are in denial – they change the topic .. she said –“ I wear this, because I am precious ..” but i would not let her finish the propaganda response..I said, ‘ i don’t think so .. your ( ass is )on a bus..’

Now I must have shaken her ?? because she reached out to touch my arm – I said ‘ Hey, I thought you were sick – don’t touch me “ – at this point, I knew the “ illness was bullshit” ..and she apologized and said she was getting off the bus.

She continued with the propaganda of being,’ precious’ … I just said louder & louder .. Property .. PROPERTY !!

She then got off at Chateau D’ Eau .. (a horrible area, very dirty) 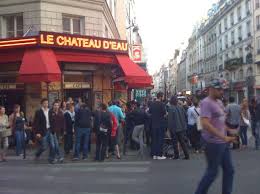 As I looked around on the bus.. not one French person raised their head !! I find these people so spineless, it’s pathetic. The longer I live here, the more I see, how the French do not solve problems.. they hide and hope the problem goes away ..( i don’t think Hollande looks this good ! ha) 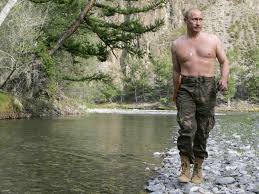 I am against ANY Americans coming to the aid of France – let Putin come, and solve this.  Russia always wanted ice- free ports .. well there are tons here !! 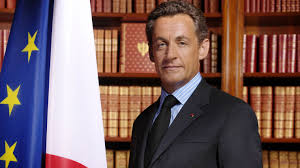 24 hours later after thoughts- why didn’t she understand French? Because, her husband has NOT told her the law? If she is a legal immigrant – then she MUST attend French OFII school, where they inform you of the French laws, and on CONDITION of you following them – you are allowed to stay in France. (thanks to President Sarkozy), it was created to stop muslin men bringing in illiterate wives, and preventing them from knowing their rights in France…

I really don’t know, if any of my comments got through all the BS, Enslaved was told .. but now I know, its going to get bloody…unless its dealt with right now ..